Housing Market in 2018 Performed as Expected NANAIMO, BC 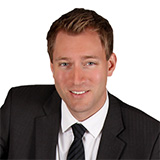 Housing Market in 2018 Performed as Expected NANAIMO, BC – Sales of single-family homes in December dropped by 48 per cent from one year ago and were 44 per cent lower than in November.

Last month, 170 single-family homes sold on the Multiple Listing Service® (MLS®) System compared to 304 in November and 328 one year ago. Apartment sales in December were 65 per cent lower than in December 2017, while the number of townhouses sold in December dropped by two per cent from one year ago. Annual sales of single-family homes in 2018 totalled 4,543, a 19 per cent drop from 2017. However, this reduction reflects the market returning to more normal levels after the robust housing markets witnessed in 2016 and 2017.

The 2018 housing market behaved as expected, moderating after the record-setting pace set in 2016 and 2017. Government policy-side measures introduced to cool the market, such as the mortgage stress test (Guideline B-20), eroded the purchasing power of some prospective home buyers by as much as 20 per cent. Despite lower demand, however, year-over-year benchmark prices of single-family homes continue to rise board-wide, up 10 per cent from December 2017.

Price increases in individual markets ranged from seven per cent in Nanaimo to 20 per cent in Port Alberni. Small month-over-month price reductions from November to December were posted in Duncan, Nanaimo, and Port Alberni. The year-over-year benchmark prices of apartments and townhouses board-wide increased by 12 and 13 per cent, respectively. Decreased demand and additional inventory are helping VIREB’s long-running sellers’ market transition to one that is balanced or near-balanced. However, “micro markets” are omnipresent in many communities, favouring sellers for moderately priced properties and benefitting buyers for higher-end homes.

Overall, however, REALTORS® are reporting that they are negotiating fewer multiple offers, with many buyers taking more of a wait-and-see approach. “Realistically pricing your home is important in any market, but when fewer buyers are competing for a property, sellers need to be far more strategic,” says Don McClintock, 2018 VIREB President. McClintock also notes that property assessments, which were recently issued, complicate the pricing process for sellers who may not realize that the assessed figure is based on the previous year and does not reflect a home’s current value.

The expertise of a REALTOR®, who will conduct a comparative market analysis using recent sales data, is hugely beneficial when determining an optimal sales price. The benchmark price of a single-family home board-wide was $506,300 in December, a 10 per cent increase from one year ago. (Benchmark pricing tracks the value of a typical home in the reported area.) In the apartment category, the benchmark price climbed to $319,000, up 13 per cent from last year. The benchmark price of a townhouse hit $411,500 last month, up 12 per cent over December 2017 but down slightly from November.

The Parksville-Qualicum area saw its benchmark price increase by 11 per cent to $580,500 while the cost of a benchmark single-family home in Port Alberni reached $299,000 in December, up 20 per cent from one year ago but down four per cent from November.

ABOUT VIREB VIREB represents over 1,000 REALTOR® members in nearly 90 member offices on Vancouver Island (north of Victoria). VIREB cautions that average price information can be useful in establishing trends over time but does not indicate the actual prices in centres comprised of widely divergent neighbourhoods or account for price differential between geographic areas. Trademarks are owned or controlled by The Canadian Real Estate Association (CREA) and identify real estate professionals who are members of CREA (REALTOR®) and/or the quality of services they provide (MLS®).

RE/MAX Of Nanaimo. #1 - 5140 Metral Drive, Nanaimo, BC
Each office independently owned and operated